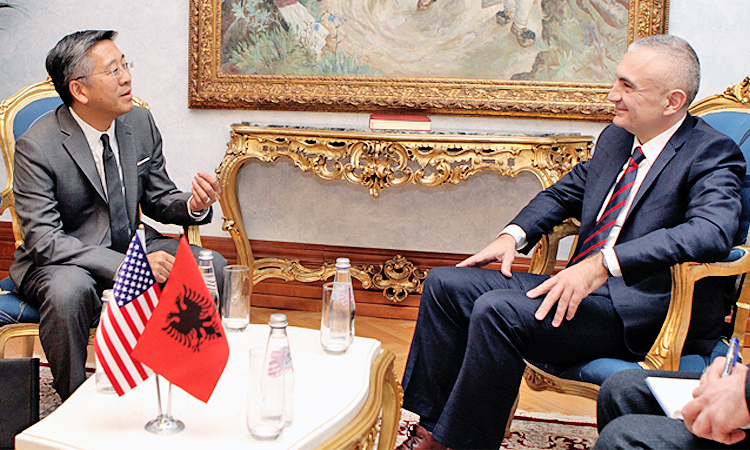 On January 14, Ambassador Donald Lu met with Speaker of Parliament Ilir Meta. During their meeting they affirmed the long, historic friendship between the United States and Albania, and possibilities for deepening relations. The Ambassador conveyed the appreciation of the United States for Albania’s support as a NATO Ally, important contributions to our common mission in Afghanistan, and assistance in countering ISIL and terrorism. The Ambassador looked forward to the opening of Parliament and encouraged dialogue and cooperation between the governing majority and opposition in implementing the December 24 resolution.