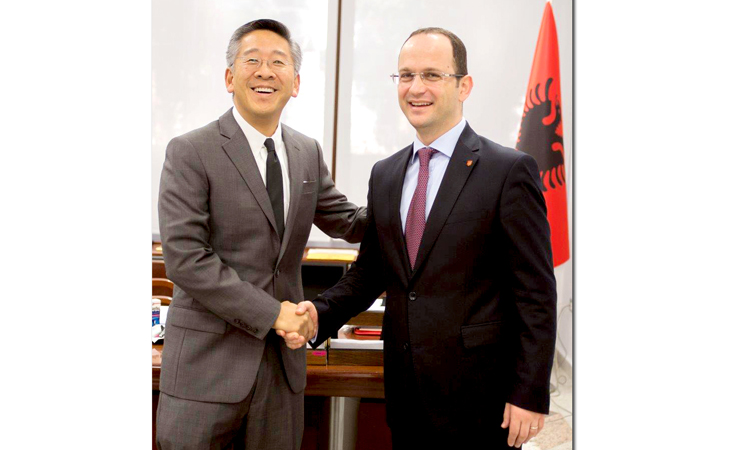 On January 14, Ambassador Donald Lu had his first meeting with Foreign Minister Ditmir Bushati. Both agreed that the United States and Albania have a strong and enduring friendship and they would like to see our relationship grow even stronger. During the meeting, the two discussed a range of critical issues where our countries work side-by-side to advance peace and prosperity throughout the region, as NATO Allies and strategic partners. Ambassador Lu assured the Minister of the U.S. government’s continued support for Albania’s efforts toward EU integration and expressed appreciation for Albania’s strong support for key international challenges, such as its valued contributions to the global coalition to counter ISIL. Ambassador Lu also thanked Albania for its constructive role in advancing peace and stability in the Balkans.