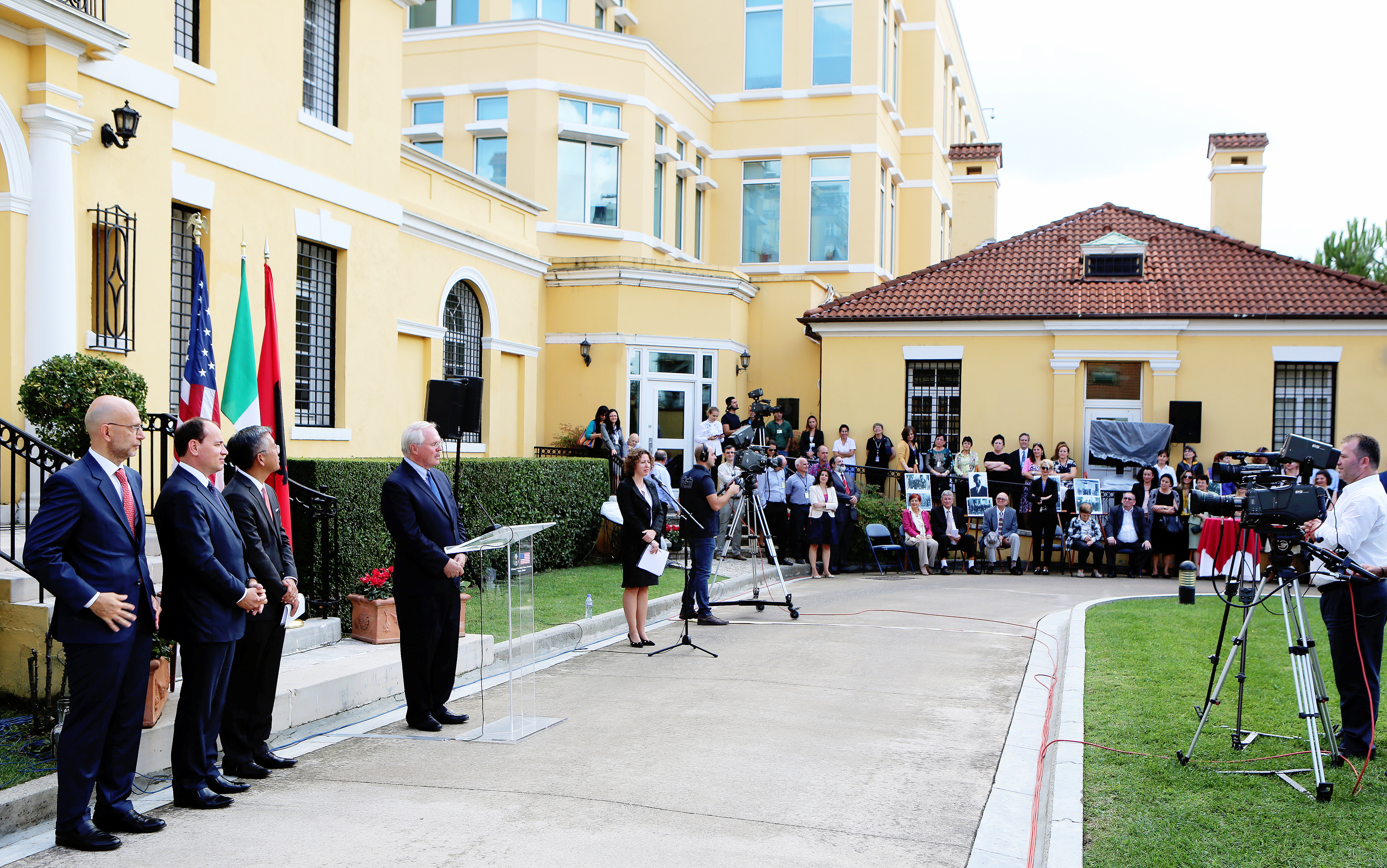 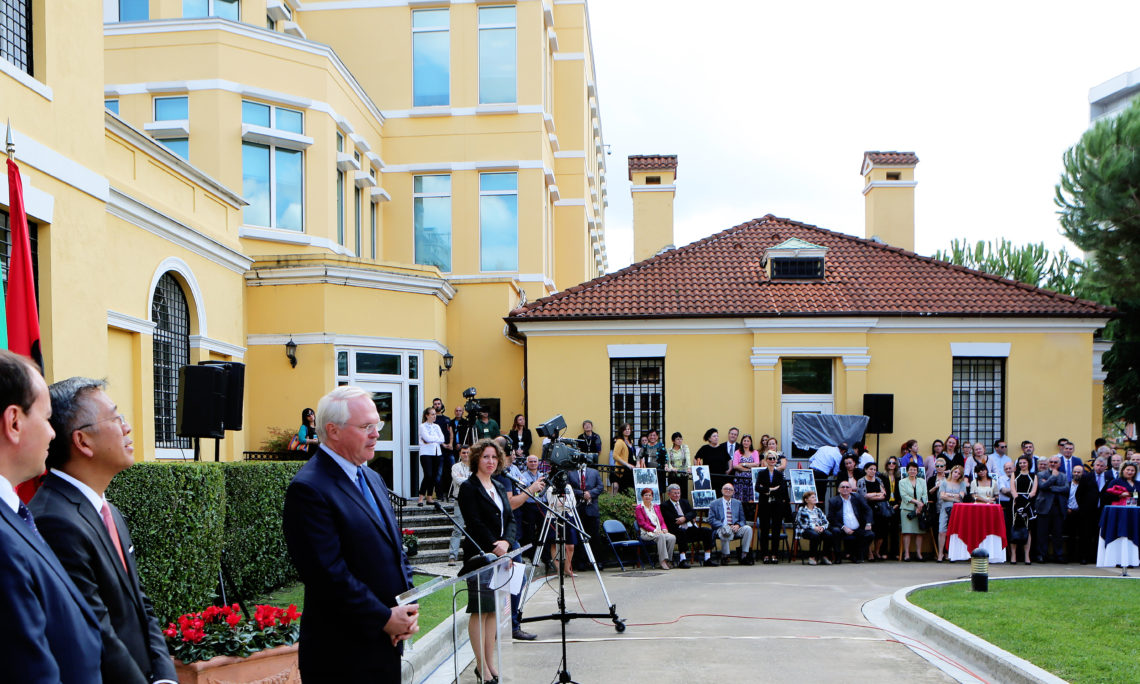 On October 3rd, U.S. Ambassador Donald Lu and Italian Ambassador Alberto Cutillo co-hosted a ceremony marking the 25th anniversary of the transfer of the embassy building from Italy to the United States.

It was a very special ceremony for the distinguished guests and embassy staff in attendance. They heard from Viktor Adami, the son of Loni Adami, who worked at the Embassy in the 1930s and was tragically executed by Enver Hoxha for his service to and association with the Americans.

Italian Ambassador Alberto Cutillo talked about those who served during the long and difficult years of communism, when the building was the Italian Embassy.

Ambassador Chris Hill, the first American Chargé d’Affaires in Tirana, shared stories from first days after the opening of the Embassy.
“I think we have done so much together with Albania. We have worked with Albania on strengthening NATO, we have worked with Albania on strengthening its economy, its internal system, we have worked very hard together with all our friends from Albania. Albanians work very well with Americans. Now I want you to work better together. We have a lot of more work to be done and we need to work together; everybody together,” said Ambassador Hill.

The President of Albania, Mr. Bujar Nishani, closed the ceremony reflecting on his first encounters with the United States and traveling to the Monterey Institute in California.

In addition to the stories that illustrated the important history of the Embassy, the Marine Security Guards raised an American flag from 1991, while Ambassador Cutillo symbolically presented the Embassy seal from the 1930s to Ambassador Hill. The seal, which reads “Legation of the United States of America” was hidden in the basement of the embassy building where it had been protected by the French and Italian embassy staff for over 40 years.

Ambassador Lu thanked the speakers and the guests for their presence on this special day and said he hoped that all the stories had “inspired everyone to learn more about Albania’s rich history and the many stories make up Italian and American history in this beautiful country.”